"In WordWorld, words come alive, words save the day, and words become a child's best friend."

WordWorld is an American CGI animated television series that debuted on PBS Kids. Where the characters, buildings and, objects are shaped like the words they are made of. For example, Dog is made up of the letters D, O and G. As Duck and his WordFriends go on adventures and face challenges, they build a word which then turns into the thing it is, such as a mountain made up of those eight letters. It was created by Don Moody, Jacqueline Moody, Peter Schneider and Gary Friedman. WordWorld was produced by The Learning Box and WTTW Chicago. The series premiered on September 3, 2007, and ended on January 17, 2011, with 45 episodes and 3 seasons. But in 2013, WordWorld was recalled after a complaint of ABC Song: Adult Version. 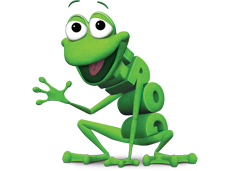 The series premiered on September 3, 2007 and is going to ending on December 2017, after 81 episodes in four seasons.

Add a photo to this gallery

Retrieved from "https://pbskids.fandom.com/wiki/WordWorld?oldid=55045"
Community content is available under CC-BY-SA unless otherwise noted.