Wimzie's House is a half-hour Canadian preschool television program produced in Montreal which ran as La Maison de Ouimzie on Télévision de Radio-Canada in the morning and Radio-Québec in late afternoons starting September 4, 1995, and in English on CBC Television starting October 21, 1996 and in the United States on Public Broadcasting Service (PBS) from September 1, 1997 to January 3, 2003. Reruns of the show aired in the United States on the Cookie Jar Toons block on This TV, in syndication as part of the Cookie Jar Kids Network block, and on Light TV from December 22, 2016 to September 30, 2019. The series was produced by Cinar (later Cookie Jar Entertainment), with the PBS telecasts presented by Maryland Public Television from 1997 to 2001. The show's puppetry is in the style of Sesame Street, which led to some legal troubles with The Jim Henson Company in 2000. There were two FMV PC games based on the series. Treehouse TV also aired this show in reruns from 1999 to December 2005. 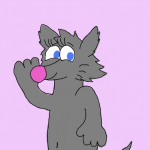