PBS Kids channels all around the world (my depiction)

Hey there! Long ago, I had an idea coming out of my mind. This blog post is about the PBS Kids channels from all over the world.

Starting in 2000, the PBS Kids brand began expanding to Latin America and Asia Pacific. A separated British feed of PBS Kids was launched on January 1, 2000, making it the first feed to be separated from the pan-European feed. On February 10 that year, the channel was launched in Latin America. This version is divided into five feeds; four (North, Central, South and Pacific) are in Spanish, and one in Brazil is in Portuguese. Both feeds are also in English via SAP.

When PBS Kids was launched in India on October 6, 2000, the channel only received an English audio track. On April 4, 2005, a Hindi audio track was added, followed by the Tamil and Telugu audio tracks on August 6, 2007.

Before the CEE feeds of the channel, Hungary, Romania, Moldova and Russia received the first-era Polish feed on January 1, 2001, broadcasting in Polish, Hungarian, Romanian, Russian and English. On July 1, 2002, the Czech Republic, Slovakia and Bulgaria also received the same feed, adding the Czech and Bulgarian audio tracks next to the other five.

When PBS Kids came to Portugal on July 9, 2001, it received the Spanish feed, broadcasting in Spanish, Portuguese and English, similar to the Latin American version. It wouldn't be until September 5, 2005 when a localized Portuguese feed was created, replacing the Spanish feed.

On February 18, 2003, the Arabic feed of PBS Kids was launched for the Arabic-speaking markets of the Middle East. This is the only EMEA feed that is free-to-air and not to broadcast in English.

On November 29, 2005, PBS Networks EMEA announced that PBS Kids would launch two German-language feeds for Austria and Switzerland. These feeds were launched on January 16, 2006, replacing the main German feed that was broadcasting exclusively to Germany at the time.

On September 1, 2008, two localized feeds were created for Poland and Russia, both respectively replacing the Central and Eastern European feeds.

On July 21, 2009, the Balkan feed was created for Serbia, Croatia, Bosnia and Herzegovina, Montenegro and North Macedonia. At the time, this feed broadcast Serbian, Croatian and English.

On October 7, 2013, the American programming block of PBS Kids received a major rebrand by Primal Screen. With this case, Dash was replaced by twins Dee and Del, though Dash remains in the 2008 logo. The Dot logo was also retired, however, Dot remains as a mascot. The same went for Canada, when the rebrand occured over there on October 18 that year.

During November 2013, international PBS Kids channels received the same rebrand, but with a different logo style (which is based off the 1999 logo), with Western Europe being the first continent to receive the rebrand. Unlike the American and Canadian counterparts, Dash was never dropped out.

On May 12, 2014, PBS Networks EMEA announced that PBS Kids would launch a Belgian feed. This feed was launched on June 9 that year, replacing the Dutch feed in Flanders (the Dutch-speaking parts of Belgium) and the French feed in Wallonia (the French-speaking parts).

On December 10, 2015, PBS Networks EMEA announced that the Austrian and (the German-speaking) Swiss feeds of PBS Kids would no longer be broadcast due to unknown reasons. The Austrian and Swiss feeds closed down on December 31 at 10:00 PM (22:00) that year, and were replaced by the main German feed the next day at 6:00 AM (06:00). 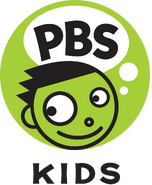