Postcards from Buster is a children's television series for children containing both Animation and live-action that originally aired on PBS. It is a spin-off of the Arthur cartoon series. The show stars Arthur's best friend, 8-year-old rabbit Buster Baxter. Inspired by a 2003 episode of Arthur entitled "Postcards from Buster", the television series was produced by the Canadian company DHX Media, WGBH Kids in Boston, and Marc Brown Studios.

Contributions to your PBS Station from Viewers Like You (2006-2009)

National Endownment for the Humanities (2011) 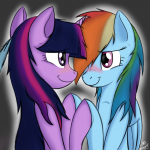